In February Google undertook a major change to its algorithm that was dubbed farmers update due to the fact that it is thought to target content farms that publish articles without adding value and it. 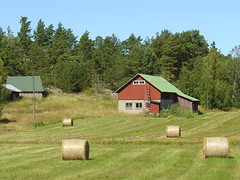 The algorithm change, internally referred to as Panda, reportedly impacted about 12% of search results in the US alone was reported by Google’s chef engineer Matt Cutts. The news was picked up by several seo blogs such as searchengineland and state of search.

So what are content farms? Wikipedia defines a content farm as “a company that employs large numbers of often freelance writers to generate large amounts of textual content ….” which makes it all seem very harmless and useful to the internet in general. However, a new practice began to emerge whereby some sites would publish articles on expert topics with little substance or research with a sole aim to get to the top of search engines for genuine help queries.

The issue was picked up by the Blekko search engine banning a number of self help type of sites which they felt were of little to no use to searchers as follows:

In the words of Blekko and spam clock founder, Rich Skrenta, spam is a major problem that could end up impacting search in a similar way as 90% of emails.

Shahhul Haji
I highly recommend Eric's web designing services at PromitingaWebsite.com. I found him very supportive throughout the whole process. From designing the website to planning the...Read More »
Belinda Robinson
Eric was very professional throughout the whole process and had my website up very quickly. He gave me great advice with my website and was...Read More »
john bolton
Highly recommend this company very pleased with what he done for me .
James Brion
We are very happy with the web design and SEO services you have done for our plumbing business and now our drainage business too. The...Read More »
Fundamental CareTraining
All round excellent digital services for our web design and branding, staff email creation and Google ads promotion. Keep up the good work!

If that sounds like you then GET IN TOUCH!